It’s true too. I don’t say this simply to alienate my few remaining friends. I dig the cat.

I will admit he is a hellish lil’ imp sent up to this World to irritate everyone, of all creeds, classes and colors.
I do think he’s crazy, but a lot of real artists are.
I don’t think I would want to hang out with him, but I’m a Van Morrison fan….I’m used to such dual dichotomies. I would sooner catch a Jehovah Witness bus (with multiple stops) than share a short cab ride with either of them.
I don’t care who he married or his motivations within that contract.
I am not so contrary that I would praise him simply to be out of step with my own peeps: white, older, confused, vaguely sickened by this performer. I do find HOW crazy he drives people fascinating. I’m not sure who else has become so universally disliked in a pretty short amount of time.
No. No. No. I speak of what he does, what he has done musically. He is lyrically outstanding. A truly original producer creating a sound that’s been stolen all up and down the Hot 97 dial’s. The act of taking some old, obscure soul record and bumping up the BPM until it comes off with sassy muppet sound and then layered big fat bass beats and chorused out snare cracks.
He also speaks what usually moves me for artists I admire: he is passionate. He believes the bullshit he speaks. He owns it. Some of it, he created.
Consider:
‘Jesus Walks’: Overplayed? Sure, a lot of his best stuff is. Why? Cause it’s pop music. It’s not edgy. It;s not made for a limited audience. The reason you know his name isn’t cause he jacks award shows (or he would be Soy Bomb). You know him cause he sells records and is all over the radio, cross-overing into everything. He just cut a track with Paul McCartney. Chris Martin of that dumb band is on his records.
‘Jesus Walks’ with it’s stomping beat, sub gospel touches and cutting lyric about faith in these times of non belief. When he barks ‘God show me the way because the Devil trying to break me down’ do you think he’s playing? Eyeing the radio charts? Or just confessing into the largest microphone available. Its a haunting lyric, infectious march stomp rhythms and it is good.
‘Diamonds From Sierra Leone’: Have you heard this? The sped up
Diamonds Are Forever’ hooks you into absolute indignation and personal self discovery related to what things that sparkles mean to him, and conversely, to the world.
Is this true? Nope. It ultimately become a song of him bitching about his Industry. All subjects come back to point A: Nobody understand Kanye West.
Can you imagine a writer so self obsessed? (crickets….). Oh Right…lets move on.
Bonus point for letting this track out when Jay Z so clearly smokes him on his verse. That’s a sweet move for a megalomaniac.
‘Last Call’: 12 minute track. Its his origin story, told by him. It’s bold in that it is autobiographical and confessional and shows some real insecurities within him. It’s a track I always dreamed of writing…damning the Industry, damning everyone who forgot my name, recording it and letting it play for them. It’s cheap and arrogant and damned fine. 12 minutes. That’s one and a half ‘Stairway To Heaven’s. All about his rise and rise.
And maybe we are witnessing his fall. Now. Today. But I doubt it.
Genius rises always. But not as quick as madness.
Go West. 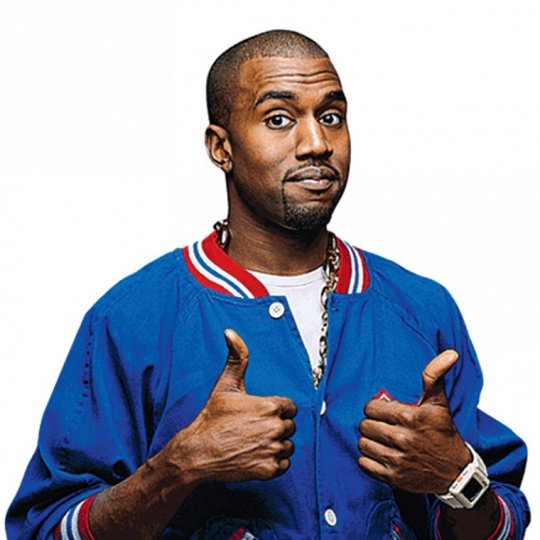