Where do you get your learnin’ from? I don’t mean the dumb stuff like mathematics or proper sentence structure and grammar (crickets…..). I mean the important stuff, the visceral stuff, the flesh and the bone stuff?

Class warfare? The Clash class is popular but I’d suggest a course in study of early Elvis and The Attractions.

Appropriate behavior after a one night stand?

Sex is one of several obsessions that continually occupy the songs of Leonard Cohen. He’s shockingly eloquent, and places the responsibility of the lil’ twists and turns of the skin squarely on his own shoulders. He’s never a victim of love, always an accomplice. Never free of the guilt that hangs around the neck of his generation, free loved and Cold War’d out.

And through that guilt. ….and through his vaguely megalomaniac need for control by pleading guilty to every charge… we get a real view into the bedrooms of the world.

The language is high but the meaning is universal: you can be a slave to sex. You will never out grow it. Within you, the ability to lie and cheat and steal lays dormant.

You are always one long form rationalization from oblivion.

But not so single faceted as I paint. He also describes the sensations, the heat, the sweat with photo detail and a familiar pack of emotions in real motion.

He can leer and ask forgiveness for common behaviors. He can deal deceitful and come away with a lesson he never needed to learn and re learn. He can paint a woman too beautiful to imagine, and clocks which stop time completely.

All hail the Elegant Erotician. 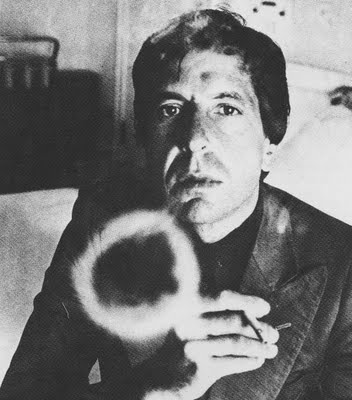