The Devil is in the details. This ancient axiom (as old as the papyrus it was likely never even scrawled down on. Cause we know this. We all know this. Don’t bother writing it down, Flaubert. We came in with this innate knowledge. Jerk.)

It’s also a fine place to start today’s discussion on genres, and specifically in the family tree of Rock Music. Cause a lot of Rocks rocks, but some will never Roll.

In the playing of Rock and Roll, there are core places to start: guitars, bass, drum, a piano is always nice, and a rock and roll singer. Of course, these same tools make up most of the Rock family.

It needs to feel like it’s barely keeping itself attached to the rails. It needs to wail out a frustration that is relatable. This is why it started with teen culture. Teen culture, of any generation, develops shortcuts around the language. These short cuts take the largest matters of the heart and transforms them into spitting visceral slogans. Which bears repeating. And is repeated. Repeated.

Rock and Roll is eternally optimistic. When the greatest fear in your life is that Peggy Sue will go to the prom with some football player, honestly, your life is going OK. It’s about cars going faster and girls wearing less and dancing slower and dudes too cool to be caught. It doesn’t consider growing old and dying. It doesn’t consider what forever really means. There’s no divorce in Rock and Roll.

Rock and Roll is mischievous. Its single minded double entendre (though less sex laden than blues lyrically, but more suited for the rhythms of the act (especially when a teen) and small folk tales of sticking it to the man, your principal, the cops, the bartender, your own blessed parents.

Rock and Roll is the pure uncut stuff, not to be confused with Rockabilly (which I also love) due to the fact Rockabilly bands might as well be traditional folk bands….they are paying dudes to higher Gods, they worship at the no longer in existence Soda Shoppe.

The Blasters are Rockabilly and deliciously predictable. X is a Rock and Roll Band.

The Rolling Stones were THE Rock and Roll Band. The Beatles are not.

Despite how weird this says to say, Led Zeppelin was Rock and Roll.

Now….one mans opinion. Though I stand by the Jazz Rock comment.

To me, Rock and Roll is the ocean and every Rock genre is just a stream. 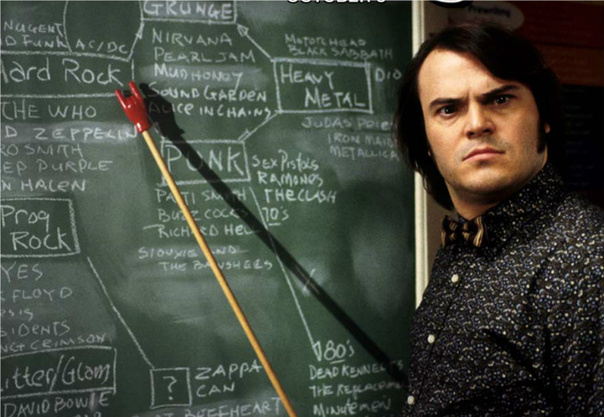