Tis the time, Tis the season where the veil between our world and The Other gets the thinnest and we play in planes of impossible and improbable. Like our Pagan fore mothers and their Mom’s too. And we dance and shake and we bring about the old ways of Harvest and gratitude and we all go home with someone else’s eye shadow on.

And November 1st is our Spiritual Monday and we await lesser holidays and shiver and struggle to another renewal.

Nothing tops being 8 years old on Halloween, no? You get to dress up like a freak and be rewarded with sugar. That’s pretty sweet (I don’t pun and am offended at the implication). What changes us between those pre-mordial lil’ ravers and our present day selves? As excited as you are about Halloween, your kid is spinning in place at the idea.

The older we get, the less we believe in magic. It’s a genuine shame. And I believe any number of people reading this do SQUARELY believe in magic. Or Magick. I do not question nor deny you your right to believe. I wish I still could.

I was a ghost hunter before Ghost Hunters, before a ‘pusuit’ became a ‘hobby’. It became a ‘hobby’ when every kid on your block got a EMF meter and a terrible idea for a ghost group name.

I was a creep kid who always gravitated toward horror and the grand mysteries of life. The Weekly Reader was my 1st grade dealer in all things Time/Life and paranormal. It was a fascination to me from as early as I can remember.

Though I have an unfortunate handicap for a ghost hunter: I am as psychically deanse and dead as…..well, Im not sure what that metaphor is when what were discussing is life after death. Bail? Bail.

I was fed on tag sale puchased paperbacks from the 60’s (the least of which was ‘Chariots Of The Gods’, which spawned the legalization of marijuana. Aliens? Yes!) and Hans Holzer, ‘Phone Calls From The Dead’, ‘Michelle Rememebers’, ‘Yankee Magazine Myths and Legends Of New England’, ‘Candle Magic’.  I watched ‘In Search Of’ like it was a weekly SuperBowl. Scoured libraries for anything on the subject. Found my way to the Beatles through the back door of Billy Shears.

There was never a question of whether I believed. I just wanted confirmation, proof. I came here believing in these things.

And then….big time. I met The Warrens on the strength of my mate being an expert spirit photographer. They sent us on a case. We went to a condo in what a run down part of Bristol. We sat and watched the Warren investigators question the young married couple with a 4 year old daughter. It was….fascinating. And truly a bummer too. These folks were plagued by knocks and bad dreams and current employment hardships and a likely excess of alcohol. I came and recognized what I could never see in the books: the true human cost of hex’s and haints.  This young couple was’nt putting on a show for us. Theyt were scared. He was one of these tragic youth metamorphises in tragic future dudes. His stories, which were round about the phenomena pointed out that ….. I just wasn’t sure if I believed him. We took pictures and nothing came from them.

The Warrens lost our number quick. We persevered. And eventually found ourselves in a situation I can not explain, still don’t understand and left marks on all of us. And we quit ghost hunting. I wasn’t proud of it.

It all ended years later with me Carnival Barker style offering photographic  proof of Life After Death within the trunk of my car.

I did not stop believing. Then.  You don’t turn these things off like a faucet.

Now….that was years ago. And…I expected proof by now. Something incontrovertable. Something that can’t be mistaken for balloons or scam art. And mine ole enemy has taken root in my house, and that enemy is logic. I fight logic with both hands. I always lose. As does the field of Parapsychology.

So lets take a look at The Grand Mysteries and see how they hold up:

Bigfoot – Nope. The desire to believe in this myth is so strng, people are re writing it to make it stand. So Bigfoot is a multi dimensional being. So thats why we can never find bones. It lives, grunts, humps and dies and the bones float away to the ether. Now…come the fuck on.  It reeks of desperation to change the myth midstream.

The Loch Ness Monster – Nope. There is not enough food to sustain a dinosaur. Sorry. Next!

Ghosts – This is hard. I have felt things…but did I really? I have heard things…but were they unnatural? When I really consider ghosts, it takes the track of how little we know about the brain. Do I believe we can imagine things into existence? I do. Do we? Well, sure.  This present election is proof of that.  I have never seen proof that I believe couldnt have been created. Have you?

UFO’s – I believe. I do. Though there is no more proof about this than there is about ghosts. It’s the logic. Space if infinite. We are the only beings to ever create life? The logic doesnt hold.

Demonic Posession / Alien Abduction – Same thing. Down to the speaking in tongues. Its brain based, not astral. It’s not simple enough to say someone is ‘crazy’. But each of our brains processes information differently. And the symptoms of each are too similar to ignore.

I don’t come here to convince you. I doubt I could. Belief is powerful. I have been told that the difference between an athiest and agnostic is an athiest just won’t shut up on the subject. I am not here to ruin your holiday.

I am just sharing. Hoping that by saying this out loud, maybe some kinda proof will find it’s way to me.

I Want To Believe. 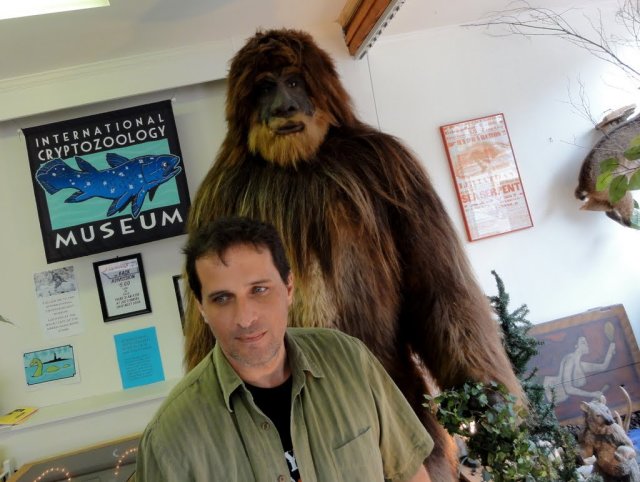